For the past month or so we’ve been busy little bees, getting our foundations in place and preparing for what we’ll require for alpha. Our resident artist Supernorn has been working on the new lobby screen to replace our rather hideous placeholder!

Here’s a quick (not final) work in progress snap of how it’s coming along. Text content kindly borrowed from Goonstation . 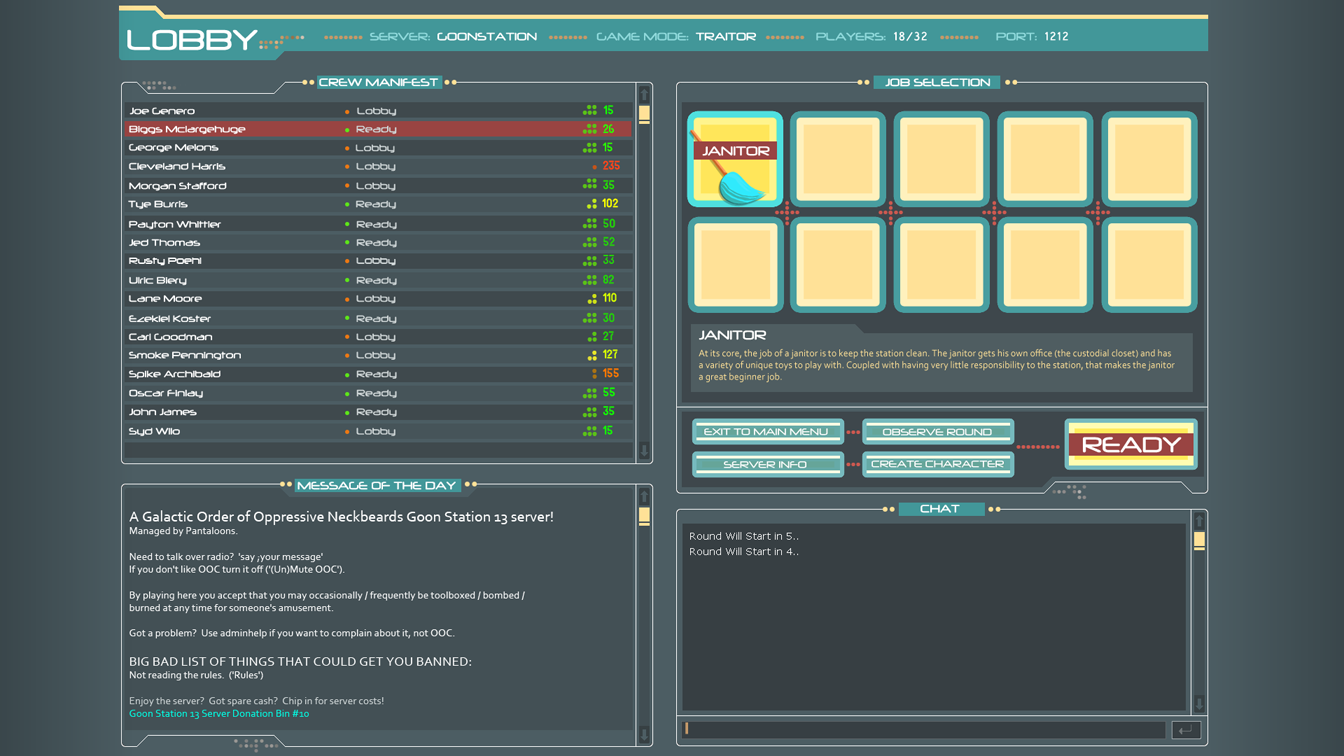 On the code front, Enstorm has begun switching out our back-end graphics library from gorgon to SFML. Changing to SFML (Simple and Fast Multimedia Library) offers better cross-platform compatibility, better speed and allows us to do some more advanced things rendering wise since we have almost direct access to the OpenGL layer (whereas before we were relying on Directx 9). Opting for OpenGL is also necessary to future proof the game, what with Windows 8 recently dropping support for Directx 9.

Code wise there isn’t a whole lot left for the alpha, with the exception of a few things that could be tidied up and possibly re-factored after the switch takes place.

Our recently appointed modeller Hamshot has wasted no time whatsoever, cranking out a human model with a bunch of wearable items. Not only that, he’s in charge of creating our animations. The current method which we’re investigating is the creation of a low-poly 3D model which is then rendered out frame by frame and exported as a selection of 2D sprites. This method will save hundreds of hours of time and effort that would be required to do this by hand.

Preliminary first pass results below. These are tests to see how effectively we can achieve the ‘pixel look’ from a sprite exported from a 3D model 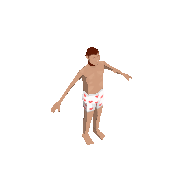 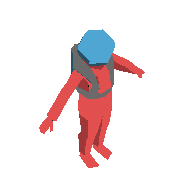